Carolyn Sloan is a native New Yorker, the daughter of two New York City Public School teachers. She began playing classical piano at age seven and attended the illustrious Performing Arts “Fame” High School in Manhattan. At age 15, Carolyn became a professional singer. Enamored with world of singer/songwriters, she spent much of her early twenties writing and performing her own compositions. Carolyn soon began writing for theater, television and advertising, winning campaigns with jingles for Ford, Glade, Weight Watchers and Tampax. Her theater songs have been critically acclaimed, considered by the New York Times, as “deeply touching and especially moving.” The Village Voice said Ms. Sloan’s work is,” noteworthy of the title… hit song.” Carolyn is a graduate of the famed Lehman Engel BMI Musical Theater Workshop, where she studied under such luminary writers as Maury Yeston, Grand Hotel and Titanic, following in the traditions of Broadway Musical names like Ashman and Menken, Beauty and the Beast, and Ahrens and Flaherty Ragtime.

Realizing an opportunity for well-written, engaging melodies, Ms. Sloan applied her songwriting talents to writing for children, creating over 75 songs for young students, ages 7-10. Schools and organizations around the country have embraced the power of her songs in connecting young children to music and poetry and are using them as integral components to music curriculums in elementary and middle schools. Her songs have been performed on the steps of the Lincoln Memorial, the Martin Luther King Jr. Memorial, in theaters Off-Broadway, on radio and television and on concert stages around the world.

As a teacher and conductor, Carolyn Sloan values having children experience music through the joy of actual music-making, teaching them to compose, play, sing, explore and listen with a critical ear. She is the author of three books, Finding Your Voice, A Practical and Spiritual Guide to Singing and Living, Hyperion, 1999, Welcome to The Symphony, an exploration of the orchestra using Beethoven’s Symphony no. 5, a musical, interactive book, teaching children and their families about the orchestra and classical music, Workman, 2015 and Welcome to Jazz, A Swing-along-Celebration of America’s Music, Workman, 2019.

Today Ms. Sloan continues to write music and books for children, TV, media and musical theater. She is a music educator at the Berkeley Carroll School and is developing an online- education business designed to meet the demands and challenges of our diverse and fast-paced world. She lives in Brooklyn, New York with her husband and son. 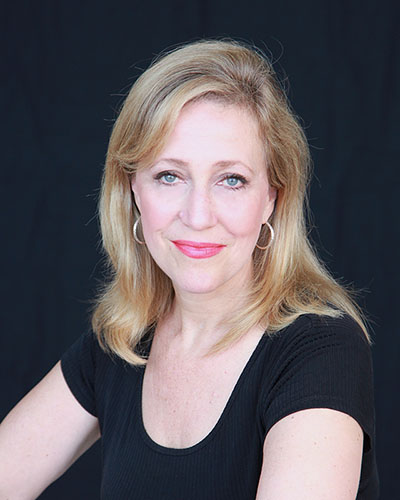